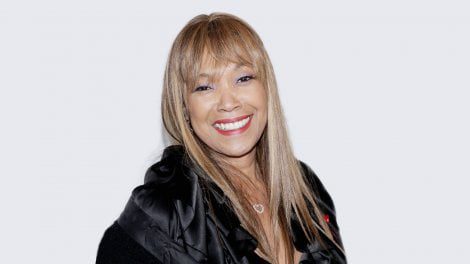 Bonnie Pointer, one-third of the famed Pointer Sisters, doesn’t need to sing for her supper. She already has.

TMZ reported that the R&B singer’s royalties—payments she receives for her music—was ruled to be separate property in a default judgment entered by the judge. A default judgment arises when the other party fails to appear in court or otherwise defend against the allegations.

Pointer divorced Jeffrey Bowen, a producer she married 35 years ago. However, the two have been estranged for over a decade, with Pointer filing in mid-2014, according to the Daily Mail.

The long marriage didn’t bring much together for the couple economically. Despite three and a half decades, Pointer alleged that the two shared “no community property,” per the above TMZ report. As a result, spousal support was not awarded to either party.

Florida law, per the DivorceSource.com, calls for all marital property to be split evenly between the parties “under the Equitable Distribution scheme.” Property will be considered marital property if it was acquired by both partners during the union, if it is titled jointly or as tenants by the entirety, or if a non-marital asset’s value is improved “due to the efforts of the other spouse.” Marital property also includes any bank accounts with both spouses’ names on it.

The court will first determine and award any assets that are considered non-marital. This includes any assets that were attained before the marriage and did not fall under the above enhancement rule. Then the court will follow its doctrine using a number of factors to divide the remaining marital property, including the length of the union and “the economic circumstances of the parties.”

The same doctrine is applied to debts, keeping spouses clear of student loans that were accrued before the marriage.

While the law tries to make things simple when it comes to property distribution, the factors can muddy the waters. Allow the Men’s Divorce Law Firm to guide you through the process and help you acquire a desirable outcome. Call us at 321-DIVORCE today to schedule a consultation.